Nathan Bowen is a guerrilla street artist, he actively works as an art vigilante, seeking for dull, lifeless spaces around London, also describing himself as the 'Artistic Gangster', Nathan has a lawless approach to street art. By openly using his imagination he transforms these old walls, creating new and inspiring works of art. His style is unique, fast, dynamic and unpredictable, his signature characters known as 'The Demons' invade building site hoardings all over London, using the streets as his own gallery.
In 2012, Nathan starred on the BBC television show 'The Apprentice', where the contestants had to sell his art work in a pop up gallery as part of an urban art challenge. Since then Nathan has spread his love for art worldwide, painting internationally, keeping his ideas fresh and edgy, reminding people that there is no limit to your imagination, just be creative and free. 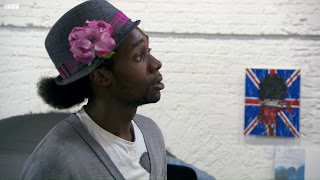